Saturday Night Life on the Importance of Rituals 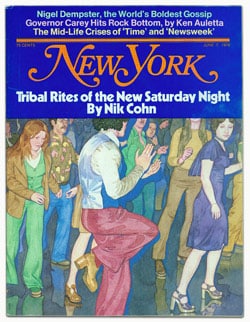 This weekend, Saturday Night Life celebrates its 40th anniversary. If you’ve studied comedy, four decades of success is unprecedented. Most shows lose their excitement, their edge. Somehow, with an ever-changing cast, evolving social and political environments, and the competitive landscape of sketch television programming, SNL has remained on the forefront of pop culture since it began. One way it’s done this is through rituals.

The importance of rituals cannot be understated. Whether we recognize it or not, the human race is programmed to perform rituals. We seek habits, routines, and customs. When they don’t exist, we create them. With SNL as our guide, here are three ways rituals can benefit your workplace.

Chaotic workplaces typically lack rituals; happenstance is the general rule-of-law. For those advocating this type of culture, they will say that bedlam is a creativity stimulus. In truth, most creativity is the result of an organized mind able to focus on a task. And rituals shape this orderliness.

Especially in its early years, SNL was known for some pretty wild behavior. Yet there was a structure to the madness – the schedule. To create a weekly, live, topical 90 minute program, SNL has maintained the same ritualistic schedule since 1975. Monday’s are the pitch meeting. Tuesday is writing into the wee hours of the night. On Wednesday, they do round-table read-through of the sketches. Thursday is rewriting. Rehearsals on Friday. Live rehearsal on Saturdays at 8:00pm. Executive Producer Lorne Michaels then reviews and tweaks the lineup and determines the final sketches for the 11:30pm airing. There is then a post-show party ending when the sun is rising over New York City. Sleep on Sunday and start up again on Monday.

Maintaining this consistent schedule frees up SNL’s writers and actors to focus solely on creating a great show versus wasting time on the more logistical aspects. You need to provide the same uniformity to your team. It may not be quite as structured, but speculating about the weekly agenda, wandering around looking for meetings, and wondering how and by whom decisions will be made is a time killer, a productivity killer, and a creativity killer. It distracts from the important work at hand and makes you, the leader, appear disorganized.

Rituals provide an analytical understanding of cause and effect. When anthropologist Bronislaw Malinowski lived among inhabitants on a remote island in the South Pacific Ocean, he observed that the villagers performed rituals to invoke magical powers for their safety and protection before fishing in the shark-infested waters. However, when they fished in the safer waters of the lagoon, no rituals were performed. Malinowski established that people are more likely to turn to rituals when they face uncertain situations that are beyond their control…like when sharks are present.

At work and in our lives, when we understand why one action follows another, we are better able to predict reliable outcomes. This provides a culture of emotional stability and comfort. Employees are more engaged because they understand the process and we can show a clear path to achieving goals.

The simple act of performing a ritual makes it more enjoyable. I have been a steady viewer of SNL ever since I saw Dana Carvey doing his George H.W. Bush impression. 25 years later, I have my rituals for watching the show. The opening sketch is a current event, guest star performs the opening monologue, get a snack during the musical act, intently watch Weekend Update, and wait for the last sketch which tends to be subversive and bizarrely entertaining.

Research shows that rituals can increase our perception of value.  In the workplace, when we perform rituals as part of our job, we are likely to find the job more rewarding. This is also true for consumers. In one study, those who performed a ritual when eating chocolate found it to be more flavorful and were willing to pay nearly twice as much for it. If chocolate sounds too gratifying, the experiment also worked with carrots. The conclusion was that:

…personal involvement is the real driver of these effects. In other words, rituals help people to feel more deeply involved in their consumption experience, which in turn heightens its perceived value.

As leaders, we can create these rituals for our teams and customers. By wrapping your processes and procedures into a ritual, you are creating value where it did not previously exist.

Our days are made up of rituals. Once you accept this, you can find the patterns that affect you and your team. No ritual is set in stone so once you identity them, you can adjust and improve the flow of work, ideas, and communication for your team. Maximize the power of rituals to enhance your culture, promote recognition, and build engagement.

Pretending rituals don’t exist wouldn’t be prudent at this juncture. With 40 years experience, SNL has developed rituals that form the impetus to get work done. Hone yours and you might get the opportunity to celebrate your 40 year anniversary, too. 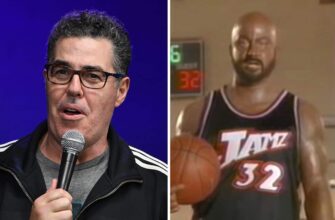 Adam Carolla on Blocking Out Distractions
I recently finished a project that was a complete waste of time.
0
Can I Blame Ronald Reagan for the Current State of Politics? A Leadership Lesson on Self-Fulfilling Prophecies
Like most people, I was surprised by last week’
0 1
Is Your Culture at Risk of Extinction? How Sports Can Help Us Remain Current
Have you ever watched a game of bull-leaping?
0 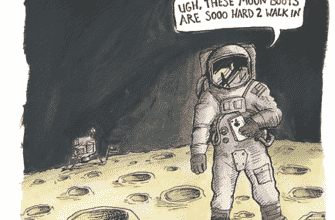 Humblebragging Your Way to the Top?
I was in an interview recently when one of the managers
0
The Case Against Authentic Leadership: Five Ways to Fake It ‘Til You Are It
Why do people applaud the idea “just be yourself?”
0 28
You may also like
The OODA Loop: Your “Lasso of Truth” for Enhanced Decision Making
What makes Wonder Woman such a fierce warrior?
022

Did You Catch My Interview with Aidan McCullen?
I recently had the privilege of speaking with Aidan
04
Complaining is Not Catharsis: Choose Sportsmanship Over Purposeless Venting
Few things bother me more than complaining. I’
02

The One Way to Constructively Defuse an Argument
Constructive conflict is a healthy part of any organization.
01
The Don Rickles School of Praise: When There’s Too Much of a Good Thing
Last week I wrote about the business case for being nice.
03
Why the Attitude? The Business Case for Being Nice
I recently received a call from a frustrated CEO who
01