Are You Trying Too Hard? Dean Martin, Wei-Wu-Wei and the Post Ironic Era

We live in a time when appearing to try is considered off-putting. We are expected to be fully competent and act as though it all came naturally. It’s okay to be the smartest in the room, but never admit how long you stayed up preparing. It’s okay to be in prime physical shape, but downplay your hours in the gym and strict diet. And do you want to be CEO? Don’t say you’ve been working towards that goal since you were a kid.

It’s difficult to pinpoint when the shift away from trying began. Displaying effort use to be a positive trait. People would brag about the work they put into an accomplishment and be admired for their grit and labor. Then, Dean Martin appeared.

Dean Martin came across as an effortless trendsetter. While entertaining, he never seemed to be prepared, serious-minded, or particularly interested. The reality, however, is that Dean toiled and prepared to appear so at ease. He practiced delivering on-liners that sounded as though they were off-the-cuff and he honed the character of a care-free guy who’s had one Jack Daniels too many.

Like any repetitive behavior, years of pretending to “not try” led Dean to no longer have to try. The character he portrayed could be turned on and off without thought. Daoists call this wei-wu-wei, or “action without action.” Distinctly different from the post-ironic view that belittles earnest efforts, wei-wu-wei integrates the body and mind into a state of being where our actions are effortlessly in alignment with optimal effectiveness.

In the action of no-action (wu-wei), a cardinal aspect of the true creative process is set forth. In wu-wei, the mind is silenced and the work is allowed to express itself. – John Daido Loori

We are not born with a wei-wu-wei mentality. To attain it, ancient texts suggest simply relaxing into a harmony with nature. That is fine for some, but tranquility does not come naturally to most of us. Therefore, I recommend the non-post-irony approach to more actively “not try.”

For me to “effortlessly align my thoughts with my actions,” I need practice. Like Dean Martin “flubbing” the words to his songs, we need to rehearse until our actions and reactions are occurring on an almost unconscious level. Once we’ve put in our 10,000 hours, as Malcolm Gladwell famously wrote, we can then authentically “not try” to the best of our abilities and simply be.

While we are searching for our inner Dean Martin, let’s also remember our role as leader. You are doing your team a disservice if your goal is to appear infallible, unblemished, or overly nonchalant. If you’re successful in becoming “a Dean” then you won’t be viewed as approachable or relatable. If you fail, you will be seen as an insecure fraud.

Master the art of balancing Dean Martin-esque wei-wu-wei-ism with displays of hard work. Support a culture where trying is admirable and effort is rewarded. Where people can see the drive behind your “innate aptitude.” And where post-irony is reserved for one’s taste in music… while keeping in mind that there’s nothing ironic about loving Dean. 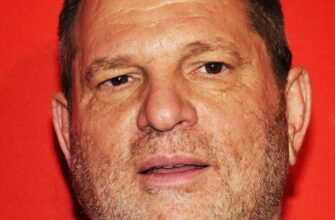 Harvey Weinstein on Altruism
Jay Chandrasekhar, a member of the Broken Lizards comedy
0 2

The Upside Of Publically Stereotyping And Labeling Your Team
From an early age, we are taught not to stereotype others.
0 6 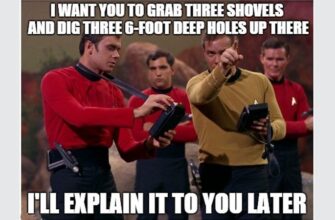 Weekender: Fred Savage on Avoiding Preciousness
Welcome to another edition of leadersayswhat’
0
You may also like
The OODA Loop: Your “Lasso of Truth” for Enhanced Decision Making
What makes Wonder Woman such a fierce warrior?
022