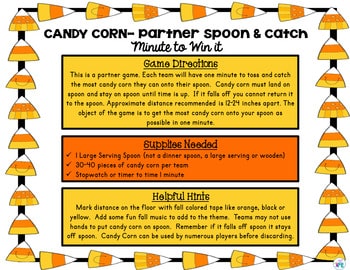 Holidays are often associated with a particular candy. Christmas has candy canes, Valentine’s Day has those little heart candies, Easter has Cadbury Creme Eggs, and Halloween has candy corn. These yellow, orange, and white striped, corn-kernel-shaped treats were popularized in the 1880s. Today, more than 35 million pounds (or 9 billion pieces) of candy corn are produced each year.

There aren’t many products with the staying power to get more popular over the course of 140 years. So when we find them, there’s surely a leadership lesson to be learned. Here are a few:

The recipe has not changed

Candy corn is basically the same as it was since the turn of the century. With the exception of a few minor ingredients, what we are eating today is the same as the cowboys of the Old West, the soldiers of World War I, and our great, great grandparents.

In today’s business climate, “old” is often considered to be a bad thing. We see this whenever a political candidate peddles change or a new leader joins a company tasked with creating an agenda of transformative initiatives. While necessary, there is value in maintaining the core beliefs of the organization. We can taut branding and re-branding efforts, but don’t lose sight that these are ways to package the company, not make widespread modifications to your principles, i.e. your original recipe.

Candy corn is the only candy in the history of America that’s never been advertised. And there’s a reason — all of the candy corn that was ever made was made in 1911.—Lewis Black

While it’s important to maintain your core essence, this does not mean you should remain stagnant. At one time, candy corn was sold as “Chicken Feed.” Changing the name to candy corn did not change its quintessence, it only made it more appetizing.

Additionally, remaining true to its tri-color design (which was considered revolutionary for its time) and shape (which was originally intended to entice the agrarian population of the early 1900’s) has led to an expansion of the product. You can now purchase “Reindeer Corn” (red/green) for Christmas, “Cupid Corn” (red/pink) for Valentine’s Day, and “Freedom Corn” (red/white/blue) for July 4th.

Besides renovating your product or service to expand your offerings, there are a number of instances where you can repurpose into completely different markets. Did you know you can order a Candy Corn Cordial cocktail made with vodka, orange liqueur, and floating candy corn for garnish? What about a Candy Corn Bagel topped with a marshmallow chocolate chip spread?

Candy corn is a staple for Halloween and the fall season. Whether or not you like it, it’s been around for a long time and has no foreseeable decline. Embrace it’s tri-color leadership lessons. Retain consistency while constantly renovating. Explore innovative ways to grow your base through tweaks and reimagined uses. And always strive to be the candy pumpkin in the bag of candy corn…you know it’s the best.

Add a comment Cancel reply
Recent Posts
Categories
Disruptive Leadership in a Terminator-free World
Change happens fast. When it does, it is our responsibility
0
Trapped in Your Niche? Bela Lugosi and Boris Karloff on the Pros and Cons of Being Typecast
I was once denied a promotion because I was “
0 3
Weekender: Henry Winkler’s Ego-free Decision Making
I’m a big fan of Henry Winkler. If you read this
0

Elton John and Post-Traumatic Growth: Four Ways to Thrive When Faced with Adversity
Recently, I’ve been thinking about trauma.
0 24
Veep’s Selina Meyer on Attaining Dominant Prestige
Have you ever asked yourself why you want to be a leader?
0 4
You may also like