How many leaders can you name who, in their lifetime, were relevant for 20 years? What about 50 years? As a comedian, talk show host, and fashion commentator, Joan Rivers remained relevant for over 60 years. How’d she do it? Besides her talent, diligent work ethic, and quick wit (which cannot be understated), there are lessons we can all learn from this iconic celebrity.

You may refer to her as the “Queen of Mean”, but Joan made a career out of telling people what she thought. Her humor was not mean for the sake of mean; it was honest for the sake of funny. She did not spread malicious rumors or try to appear better (or bigger) than she was. Joan was authentic and sincere.

As difficult as some may find it to remain honest in a public forum, it can be even harder when someone confronts you afterwards. If you believe what you are saying and have the courage to back it up, you are more likely to garner the respect and support of others. In Joan’s case, she slighted countless people and what they chose to wear.

After Jenny McCarthy made Joan’s worst dressed people list, Jenny brought it up to Joan. Joan responded with:

Honey, listen, if I’m choosing you as worst dressed, it means you’re in the now. It means you kind of made it. So just shut up and deal with it.

No backtracking. No embarrassed apology. Joan owned her critique.

Taking an interest in others is a big part of how Joan formed relationships and showed appreciation. Imagine how many people Joan met on a daily basis. She performed in different cities every week, had film crews on her multiple shows, and was constantly being interviewed. Taking this into account, can you envision a person at Joan’s level paying any attention to a flight attendant?

According to one attendant,

I remember her coming on [my plane] and making a point to stop and ask to meet our pilots for the short flight to DC…She was very conversational — asked my name, how long I’d been a flight attendant, and even made the whole ‘I know you’re gay’ reference…Maybe 3-4 months later, I ran into her near her home in NYC. I said ‘hello,’ and told her that she may not remember, but I was her flight attendant a few months back. She immediately said ‘Oh yes, you’re the gay one.’ I laughed, thinking how many times she’d used that line before, and then the moment hit: She asked me if my airline got any better wine, remembering our conversation, and asking about my job; asking about how life in the skies were. I was floored. She remembered me… I have told and will tell this story for the rest of my life!

The impact of caring about someone else is immeasurable. Joan did not spend money on this venture nor did she put in an excessive amount of energy. All she did was pay attention, ask a few questions, and care enough to remember this attendant.

With her special brand of sarcasm and observation, Joan charmed everyone from Johnny Carson to Bill Cosby to Howard Stern. Since the 1950s, she has been one of the ‘it’ comedians. Her material was never dated, references never passé, reputation never antiquated. Joan remained relevant for over 60 years. We should all be so lucky.

Add a comment Cancel reply
Recent Posts
Categories
The Upside of Failure: How Instances of Unsuccess Make You a Better Leader with Chris Gethard
If you are not watching The Chris Gethard Show, then
0 2 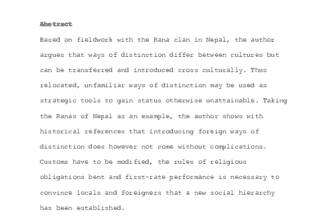 Can You Shake Your Social Class? Differences Between the Crown and the Commoner
Have you been watching the Netflix series, The Crown?
0 54 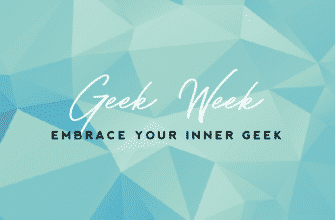 Five Ways Leaders Can Harness Humility with Billy Eichner
In the pantheon of essential leadership traits, are
0 6
You may also like

Did You Catch My Interview with Aidan McCullen?
I recently had the privilege of speaking with Aidan
08
Why the Attitude? The Business Case for Being Nice
I recently received a call from a frustrated CEO who
01

Nine Ways to Be a More Assertive Leader with Logan/Wolverine
When I’m asked about core leadership traits
05
The Case Against Authentic Leadership: Five Ways to Fake It ‘Til You Are It
Why do people applaud the idea “just be yourself?”
072