Kickstarter on Leadership Crowdfunding: Three Lessons to Sell Your Vision

I am a Kickstarter enthusiast. This includes investing in cool tech gadgets, supporting movies (Go Veronica Mars!), and exploring the newly posted items more often then I should. The whole idea of crowdfunding is intriguing. Being able to raise the funds needed to start a new endeavor is entrepreneurship at its best. If crowdfunding can help fledging inventors and industrialists, maybe its principles can also be applied to leadership practices.

Crowdfunding is based on the ability to raise small amounts of money from a large number of people for the purposes of financing a project. Effective leadership requires the same ability– garner support from the masses to support an idea. Where crowdfunding involves pre-selling a product before it is fully developed, leaders must pre-sell their vision before it comes to fruition. Where crowdfunding is reliant upon successfully demonstrating viability, leaders must show the practical needs and benefits of their goals.

Ninety-nine percent of ideas have no ambition to create money whatsoever. The extent of the dream is, ‘I wanna make this.’ – Yancey Strickler, co-founder Kickstarter

There are three parties in the crowdfunding model: 1) the initiator who proposes funding, 2) individuals who support the idea, and 3) a platform that serves as a medium between the initiator and the supporters. I may be partial to Kickstarter, but there are a number of crowdfunding platforms to choose from depending on the specificities of the product and the risk you are willing to take.

In the workplace, there are also three parties: 1) the leader, 2) those who choose to follow the leader, and 3) the platform used by the leader to inspire, persuade, and move the followers into action. You need to know which platform is right for you and your team.

Will a quick email work or do you need a more personal approach? Are additional incentives necessary? Can you delegate communication of the message or does the organization need to hear it from the “big dog.” You know your team and how they absorb new information. Choose the platform that will best represent you, your message, and your end-goal.

In his paper, The Dynamics of Crowdfunding: An Exploratory Study, Ethan Mollick from the Wharton School of Business studied the outcomes of more than 48,000 Kickstarter projects. He found that the projects that succeeded did so only by small margins; a quarter of the successful projects raised only 3% more then their goal and half of those projects raised only 10% more.

As I mentioned in a past article, some of the most meaningful changes take place through incremental, gentle nudges. Aim high but keep it realistic. You may intend to change the world with your idea, but gradual change is still change. And remaining realistic will ensure that you are not overpromising to your supporters.

Mollick’s research also found that 97% of projects that were able to raise at least half their funds, did so from previously established contacts. The product did not find supporters, the supporters were tapped to support the product. This generated momentum, buzz, and new contacts.

Before launching your next campaign, determine those who are more likely to support you and your vision. Take the time to get commitments up front from all interested supporters. That way, when you publicly announce your grand plan, you will already have a band of supporters prepared to generate more excitement and a new wave of supporters.

To create something and not be in the red, that’s a huge victory. Did you make it? Did you kill yourself doing it? Did other people see it? Those are values we speak to. – Yancey Strickler, co-founder Kickstarter

We are all crowdfunding. It’s how we get people to follow us. Is it as enticing as my recent Kickstarter investment in sunglasses with built in bluetooth headphones? Possibly. That will depend on your vision and how passionately you can sell it. 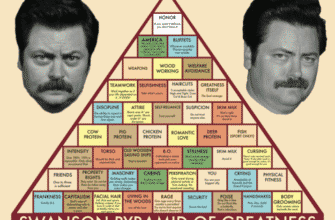 Weekender: Ron Swanson’s Three Workplace Rules
Welcome to another addition of leadersayswhat’
0 37
Weekender: Henry Winkler’s Ego-free Decision Making
I’m a big fan of Henry Winkler. If you read this
0
The Four Ways Chris Farley Can Make You More Creative
For those of us comedy nerds, the new biopic, I Am
0
Is Substance for Suckers? One More Leadership Lesson from Donald Trump
Back in August, I wrote an article on leadership lessons
0
You may also like

Did You Catch My Interview with Aidan McCullen?
I recently had the privilege of speaking with Aidan
04
Complaining is Not Catharsis: Choose Sportsmanship Over Purposeless Venting
Few things bother me more than complaining. I’
02
The Don Rickles School of Praise: When There’s Too Much of a Good Thing
Last week I wrote about the business case for being nice.
03