Is Political Correctness Killing Your Culture? Jerry Seinfeld on the PC Police

Do you find yourself constricted by the increasing emphasis on political correctness? Whether intentional or not, we are on a constant state of alert that anything we say can be construed as offensive. Being a Human Resources guy (or is “person” more appropriate?), my role has often been seen as enforcing these political correct principles, yet at what point are the societal controls too controlling?

In two recent interviews, Jerry Seinfeld has voiced his frustration with the ever-intensifying pressures to be politically correct. He began on ESPN’s The Herd with Colin Cowherd.

I don’t play colleges, but I hear a lot of people tell me, ‘Don’t go near colleges. They’re so PC’… They just want to use these words: ‘That’s racist;’ ‘That’s sexist;’ ‘That’s prejudice.’ They don’t know what the hell they’re talking about.

Jerry then elaborated on Late Night with Seth Meyers.

They keep moving the lines in for no reason. I do this joke about the way people need to justify their cell phone: ‘I need to have it with me because people are so important.’ I said, ‘Well, they don’t seem very important, the way you scroll through them like a gay French king,’ [Jerry makes an exaggerated hand motion]. I did this line recently in front of an audience and they thought, ‘What do you mean, gay?… And I thought, ‘Are you kidding me?’ I can imagine a time – and this is a serious thing – I could imagine a time now where people would say that’s offensive to suggest that a gay person moves their hands in a flourishing motion, and you now need to apologize. There’s a creepy PC thing out there that really bothers me.

Jerry believes that “comedy is where you can kind of feel, like, an opinion.” This is equally true in the workplace. Not to say that sensitivity and mutual respect should be ignored, but at what point are we too politically correct?

There are benefits to political correctness in the workplace, besides the absence of racial, sexist, homophobic, etc. comments. According to a Cornell University study, people instructed to be politically correct generated a greater quantity of novel ideas than those instructed merely to be polite, or given no instructions at all. This runs counter to the idea that “true creativity requires a kind of anarchy in which people are permitted to speak their minds, whatever the consequence.”

The study goes on to say that political correctness provided a clear guidance for how members ought to relate to each other. This may be true. It may also be true that increased creativity can be less reliant on political correctness, simply leaning more on well-defined parameters of basic etiquette.

A study from the Harvard Business Review discussed the double-edge sword of political correctness, weighing workplace inclusivity and equity with the barriers to developing constructive, open relationships with co-workers. They found that when members cannot speak candidly, there’s a greater tendency to tiptoe around issues. One researcher stated, “These dynamics breed misunderstanding, conflict, and mistrust, corroding both managerial and team effectiveness.” Fortunately, this study also provides four suggestions leaders can employ to maintain a healthy PC balance.

Create safety. Your team needs to feel that expressing vulnerability will not be judged or punished. We do this by expressing the expectation that people act with good intentions and, in doing so, will not be disciplined – there is zero tolerance for deliberately offensive behavior. Additional expectations include encouraging others to be candid, not damaging anyone’s reputation when a mistake is made, and acknowledging our own foibles.

Persistently and publicly question yourself. While exposing vulnerability may feel uncomfortable, leaders who model the practice of self-probing demonstrate a humility that builds respect and loyalty from those on your team. It builds awareness to our personal biases, exhibits resilience, and makes us less likely to respond defensively to challenges.

Seek out others’ experience. Social identity has a strong influence on the way people experience workplace culture. So when we are able to develop a deeper understanding of those on our team, we are more prepared to 1) anticipate how the team will perceive and react to particular situations and 2) take immediate action.

Foster people’s investment in relationships. A workplace culture with an emphasis on learning about diversity-related issues promotes more productive and rewarding relationships. As a result, employees’ self-image is less at risk. They will feel a great sense of trust in their work group and are more likely to devote efforts into deeper, more authentic relationships.

The sentiments behind political correctness are admirable. We need to be sensitive and empathetic to other people. This is part of being a member of a group or the general populace. At the same time, acting with civility should not become a censure for divisiveness, self-doubt, polarization, or overly self-limiting behavior.

Be a leader who fosters openness while also breeding a courteous workplace culture. Don’t allow those on your team to be casual offenders of decency but don’t accept the condemnation of the hypersensitive PC police either. And when in doubt, remember the acronym WJSPH (Would Jerry Seinfeld Perform Here). 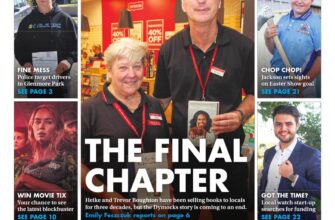 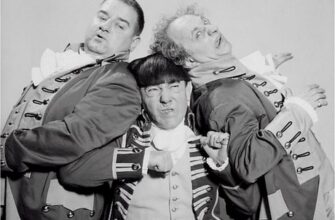 When is Consensus a Bad Thing? The Three Stooges on Dissension
In a society where people have the right to voice their
0 30
Is Your Motivational Style Reliant Upon Being Supportive? A Competition-Based Culture May Be More Impactful
Leaders are always searching for new ways to motivate
0 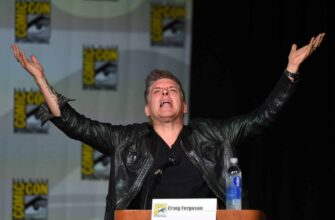 Craig Ferguson on Informed Deconstruction
When I speak with newly hired leaders, I find myself
0 2
You may also like