Do ethics matter? This may seem like an obvious question, but there are a few national leaders who don’t seem to be encumbered by moral dilemmas. Their sense of right and wrong flexes to fulfill whatever their personal agenda may be at the time. And they are often rewarded for it. These individuals continue to win elections and are successful in turning their beliefs into law.

Maybe it is our fault. Maybe we, as a society, have allowed ethics to be a nonbinding talking point. When someone with an opposing opinion displays unethical behavior, we villainize them and demand justice. Conversely, when our allies display questionable morals, its acceptable because we perceive their intents as pure. It is irrelevant that this only perpetuates a cycle of lowering standards. A win is a win…right?

Considerable research shows how we become susceptible to compromising the moral high ground. Understanding the ways our values are at risk will help us recognize the biases that get in the way of ethical decision making and the negative affects it could have on our organizations. Here are a few to be mindful of:

Ability vs Integrity. In theory, we can all agree that morality outweighs competence. However, in practice, the opposite is often true. The research finds that in competitive environments, leaders value competence over morals. We tend to excuse or willingly overlook shortcuts to attain the end-goal.

What’s not said. Which is worse, a blatant lie or withholding the truth? Most people choose the lie; however, isn’t omitting relevant information just as wrong? This common occurrence is referred to as omission bias and it can be equally as deceptive and harmful as a bold-face lie.

Silent standards. Another factor that increases the likelihood of unethical decisions is when leaders avoid using moral language. We are great at discussing tasks, deadlines, and priorities, but according to research, we tend to steer clear of mentioning integrity and respect. And when we do talk about ethics, we too often use euphemistic language to “sanitize” the unethical actions with such terms as “problematic” and “questionable” instead of “disreputable” and “immoral.” While intended to mitigate liability, avoiding such pointed language can cause the team to be unskilled at identifying unethical actions, decreases feelings of guilt about the consequences of their unethical actions, and will ultimately result in further unethical actions.

Loyalty. When choosing my team, loyalty is a key characteristic. At the same time, there are clear downsides to loyalty. Research has found that when forced to decide between being loyal or virtuous, loyalty tends to win out. In fact, those who choose to “abandon” devotion to follow their moral code are deemed to be troublemakers and branded with such derogatory labels as tattletale, snitches, and (as the President recently said) rats.

Following an ethical code is not difficult, but it is also easy to succumb to the biases that make us unaware that we’ve lost our way. Remain vigilant to evade crossing into the “dark side.” Avoid the hypocrisy that makes us believe it is okay for our team to do something but wrong when the other team does the same thing. Hold both teams by the same standards and rules. Winning is great, but lowering the bar will ensure your win is short-lived. 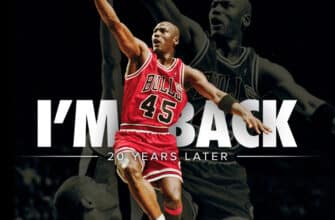 Why Leaders Need to Improve their Bedside Manner
I recently spent some time in a doctor’
0 8
Is Political Correctness Killing Your Culture? Jerry Seinfeld on the PC Police
Do you find yourself constricted by the increasing
0 3
Weekender: Josh Groban on Persistently Perpetuating Your Preparatory Processes
Welcome to another edition of leadersayswhat’
0 1
You may also like