Weekender: Lizzy Caplan on the Benefits of Rejection

How often are you rejected? It may feel like a lot, but is it really? Is there a possibility that you aren’t use to being denied so, as a result, these instances have a substantial impact and are difficult to shake off?

On the podcast Off Camera with Sam Jones, esteemed actress Lizzy Caplan, best known for her Showtime series Masters of Sex and my personal favorite Party Down, was discussing her experiences with rejection and how’s its helped her cope.

It’s much easier to look back on [rejection] fondly when its in the rear view mirror, not that I’m past the point of rejection, by any means… Seeing all the other people, your peers, get opportunities. It is frustrating, its really dark. And then I think about, if you aren’t in [show] business…how many jobs do you actually interview for in your lifetime? How many no’s do you hear?

I think it makes a person stronger. I remember talking to friends of mine who don’t do this for a living and [she] was devastated about not getting a job… I realized in that moment that she’s developed no think skin around this at all; this is truly devastating for her. Meanwhile, I get rejected a thousand times a year, like multiple times a day sometimes.

Because rejection hurts, we avoid it. It’s much less stressful to play it safe. This forms a buffer that keeps us far away from falling off the potential cliff of failure. I’d like to propose a different idea – seek out rejection.

Push yourself to the point where you’ve gone as far as you can. Only then will you live out your potential and determine your limits. There will be setbacks along the way, but those experiences will make you tougher, smarter, and more prepared for the next opportunity. The other option is to settle for what’s easy, and we both know that contentment through laziness is no way to succeed.

So go find a no. Take your ego for a test drive. It’ll get banged up a bit but the wins will make it all worth it.

Add a comment Cancel reply
Recent Posts
Categories
Weekender: Larry Miller on Ripping the Cord
Welcome to another edition of leadersayswhat’
0
Joan Rivers on Remaining Relevant
How many leaders can you name who, in their lifetime
0

Constructive Criticism and Feedback Sandwiches with Bruce Springsteen
Let me give you a hypothetical situation.
0 8 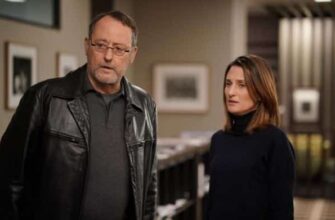 Don’t “Binge Watch” Your Workplace Culture: The Case for H.E.A.T.
In our new age of television where shows are rarely
0 2
Even More Leadership Lessons from The Walking Dead
Another season of AMC’s The Walking Dead is about
0
You may also like