In the pantheon of essential leadership traits, are you giving humility its due? It is easy to get caught up in the power associated with your position; after all, wasn’t your greatness validated when you were promoted into the leadership role? Sometimes that is why we need to be humbled by Billy Eichner.

If you aren’t familiar with Billy Eichner, he is the talented host of the show Billy on the Street. Part street performance, part game show, and part improv comedy drill, Eichner runs through the streets of New York City asking bystanders questions that are typically self-depreciating to the celebrity shepherding behind Eichner. It is frenzied and funny.

With the big names Eichner attracts to his show, it is fascinating to see how they react to negative comments or (even worse) indifference. Eichner discussed this in a recent interview.

The more famous you are, perhaps, the less time you’ve spent actually engaging with other non-show-business people on the street. You have a team of people around you keeping you from those people, not allowing them to get to you and ask for a selfie. I’m literally dragging you over to someone on the street who may or may not be a fan. And you don’t know what their reaction’s going to be. Chris Pratt, at the height of his breakout year, ran around with me and I literally went up to people and said, ‘This is the hottest star in Hollywood right now. Hollywood Reporter says X about him, Entertainment Weekly says this about him, who is he?’ And they didn’t know. They thought he was Chris Evans, Chris Pine, Josh Duhamel. He’s just standing there, and I think it took him by surprise. We played It’s Spock, Do You Care? with Zachary Quinto. ‘Miss, it’s Spock, do you care?’ Many people didn’t care. And Zach turned to me and said, ‘Every actor should have to do this.’ Because it’s humbling, and if you have a sense of humor, you’re not really offended. These actors are doing plenty well even if not every single person can get their name right. It pops that balloon in a nonthreatening, fun way.

As leaders, we must also be willing to pop our balloon of self-importance so we can retain a sense of humility. A recent study by Catalyst found that humility is one of four critical leadership factors for creating an inclusive environment. In an extensive survey of more than 1,500 workers from six countries, employees observing selfless behavior in their managers were more likely to feel engaged with the team. These humility-based behaviors included:

Employees whose managers displayed these altruistic behaviors reported being more innovative and involved. They were more inclined to take the initiative to propose new ways of doing work, partook in more team citizenship behavior, and were more likely to expense discretionary effort so as to meet workgroup objectives. A similar study in Administrative Science Quarterly also found that managers who exhibit humility resulted in better employee engagement and job performance.

For so long, we’ve talked about the power of persuasion and this over-the-top self-confidence in leaders, which is a very top-down style of leadership.—Rob Nielsen, coauthor of Leading with Humility

If this sounds like something that would benefit your organization (and who couldn’t), here are five ways you can harness your humility to be a more effective leader:

Put Others First. Humble leaders put the needs of their team ahead of their own. This is not purely altruistic; the teams’ success will lead to the leader’s success. Share the credit and provide team incentives.

Turn your mistakes into teachable moments. When we display our personal development it legitimizes and reinforces the growth and learning of others. Like most modeled behaviors, others are more willing to admit their imperfections if we do it first. They will also find us more relatable, influential, and “human.”

Ask For Help. Part of being humble involves not having all the answers. There is a level of vulnerability, but not acting “all knowing” shows your readiness to learn and become better.

Tend To Their Needs. Team performance increases when team members believe their leader is looking out for their best interests. Ensure they have the resources and support they need and be on the look out for new opportunities. This is not enabling or coddling; its showing how you invest in their success.

Embrace uncertainty. Many leaders want to control all aspects of the workplace. This is both unrealistic and unsustainable. We must be able to recognize when to take charge and when to let go. While the work may not get done the exact way we’d do it, the end product can end up even better.

Like Billy Eichner, we must self-regulate our humility and enforce it within our company culture. We cannot be afraid to ask, “It’s me, the boss, do you care?” If you are doing your job right, they may say, “no.” And yet it won’t matter—they respect you regardless of your title, not because of it.

Add a comment Cancel reply
Recent Posts
Categories
Mission (Not Quite) Impossible: Ethan Hunt on Direct Abstraction
After successfully concluding a large-scale undertaking
0 1
A Single Point of Culture Failure: Why the Annual Survey Has Become Woefully Insufficient and What To Do Next
Stop me if this sounds familiar: You’
0
Weekender: Josh Groban on Persistently Perpetuating Your Preparatory Processes
Welcome to another edition of leadersayswhat’
0 1 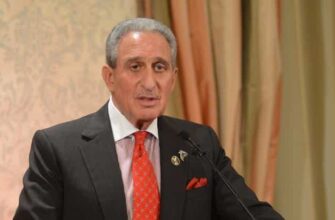 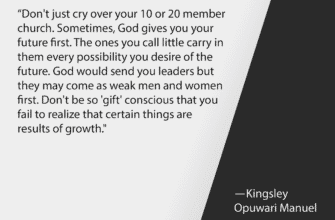 10 Leadership Quotes to Get You Through the Holidays
Another year, another list of great quotes that I wasn’
0 5
You may also like

The One Way to Constructively Defuse an Argument
Constructive conflict is a healthy part of any organization.
01
Why the Attitude? The Business Case for Being Nice
I recently received a call from a frustrated CEO who
01
The Don Rickles School of Praise: When There’s Too Much of a Good Thing
Last week I wrote about the business case for being nice.
03