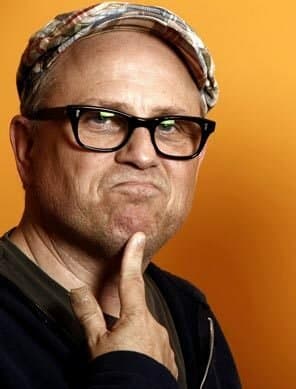 When we enter a new environment, there’s a tendency to change our persona. In an attempt to fit in, we may behave, dress, and say things that are not quite in line with our natural state of being. Sometimes this motivates us to make slight adjustments that result in better versions of ourselves. But what happens when your public self strays too far from your authentic self? Bobcat Goldthwait has first-hand experience.

Bobcat Goldthwait is a critically acclaimed writer and director (World’s Greatest Dad is one of my all-time favorite movies). Before this, however, Bobcat was known for his outrageous standup comedy act. He created an Andy Kaufman-esque character on stage that was simultaneously funny and dangerous.

Whether through the Police Academy movies, lighting Jay Leno’s Tonight Show couch on fire, or all-out destroying the Arsenio Hall Show set, Bobcat never broke character. He maintained his distinct speech pattern and unapologetically reigned chaos and humor on the crowd. But after many years in this role, Bobcat no longer wanted to be this character. As he said in an interview on The Nerdist podcast,

I painted myself into a corner, I was so unhappy… I’d go on a talk show, I’d do this persona, it’d go over really well, but I wasn’t doing anything else. I can’t really blame showbiz; I wasn’t doing the things that made me happy.

When we find something that works, it’s hard to change course. No matter how painful it may be to remain in this persona, success (and the fear of losing it) have a way of solidifying habits that are uncomfortable and unpleasant. So we continue to be inauthentic and discontent with the hope that success, in and of itself, will one day provide happiness. Bobcat shows that we cannot ride out the hypocritical behavior; it takes a concerted effort to change.

– and then my working class upbringing would kick in. I’m at the national Zanies [comedy club] and people are there to see this persona that I have nothing in common with anymore. And I feel like I have to do it because this is what the people paid money to see. So I became trapped and felt an obligation. I mention that club because that’s where it ended. I just said, ‘I can’t do this.’ I thought I hated stand up, but no, I hate this f—king character.

In a recent Harvard Business Review article, Herminia Ibarra discussed the increasing struggle leaders face to be authentic. Today’s workplace demands frequent and radical changes, which involve more opportunities to be in unfamiliar environments. We are more globally connected, interacting with more people who don’t share our cultural norms or expectations, thereby forcing us to “choose between what is expected—and therefore effective—and what feels authentic.” And social media puts us on display for all to see, making us even more likely to behave in a manner we think others are expecting of us.

New situations push us out of our comfort zone while our unconscious tries to protect our identity by pulling us back to our engrained impulses. As our psyche tries to balance these opposing ends of the spectrum, we need to decide how much of ourselves we willing to sacrifice to be popular, successful, or well-liked. And if it’s been personally beneficial but is feeling less and less satisfying, how are you going to pivot so you can retain your status while getting back to your core sense of self?

Learn from Bobcat; he waited too long to regain his authenticity. Bobcat got to the point where he loathed that false persona and doubted his entire career. If you can identify the signs sooner, you can more seamlessly begin to make the shift. By the time you’re done people may not even realize how different you are from where you were. 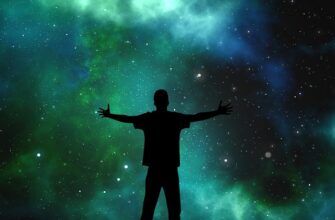 Was Luke Skywalker the First Millennial? Embrace This Generation to Avoid the Dark Side
It’s Star Wars Week at leadersayswhat and I could
0 1
Superman, Lex Luthor and Collective Vulnerability
Leaders are surrounded by individuals trying to influence
0 3
The Superstitious Leader
If Thanksgiving is associated with gratitude and Valentine’
0 29
The Only Thing You Need to Know About Being More Productive
How much time do we waste reading about ways to become
0 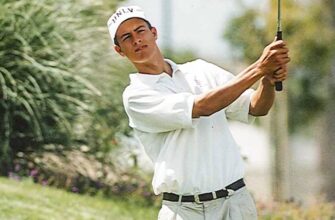 Adam Scott on Building a Team
When you see a fully functioning team in action, it’
0
You may also like