Is Substance for Suckers? One More Leadership Lesson from Donald Trump

Back in August, I wrote an article on leadership lessons from Donald Trump. At the time, the GOP Convention was about to begin at which time Trump would officially become the Republican presidential nominee. While I was not thrilled with the thought of a Trump presidency, I was able to provide a few research-supported leadership techniques utilized by Trump that can be beneficial to anyone in or aspiring towards a leadership position.

Such techniques as repeating key words, maintaining a strong vocal presence, and creating a common enemy have earned Trump the highest position in the USA. It doesn’t matter that he has no actual plan to make America great again. Or that his twitter account is filled with nonsensical tirades. Or that he consistently contradicts every statement he makes (often within the same speech). Trump won, and he did so by connecting with the crowd.

Ah, the crowd—that nameless, faceless group of supposed likeminded people. If you’ve read James Surowiecki’s popular book Wisdom of Crowds you may think the populace is smarter than the individual (and since Trump lost the popular vote there may be merit in this argument). I, however, continue to side more towards Gustave Le Bon’s classic 1895 study The Crowd: A Study of the Popular Mind.

In his research, social psychologist Le Bon discusses the attributes of those who successfully lead crowds. First, he describes them as “more frequently men of action than thinkers.” They “are not gifted with keen foresight” but that’s considered to be a good thing since it prevents them from expressing doubt and inactivity. Confidence is king and these leaders display it in droves.

Next, crowd-based leaders are able to stir an arousal of faith through ideals pertaining to religion, politics, or societal ideas. Their intensity of faith gives power of suggestion to their words and, according to Le Bon, influences “men gathered in a crowd [to] lose all force of will, and turn instinctively to the person who possesses the quality they lack.”

The great events of history have been brought about by obscure believers, who have had little beyond their faith in their favour.—Gustave Le Bon

The final attribute is simplicity. Leaders of crowds deliver boiled-down concepts presented in a straightforward, uncomplicated manner. Context is distracting, as is an overreliance on details.

Notice that these three attributes do not include expertise, know-how, or anything resembling substance. They are all predicated on how a leader presents himself—confidence trumps foresight, faith in the institution trumps strategy, and simplicity trumps intellectual discourse.

There was a recent study in Industrial and Labor Relations Review stating, “the benefit of having a highly competent boss is easily the largest positive influence on a typical worker’s level of job satisfaction.” Sure, you may believe employees are far happier when their leader has a deep technical expertise in the core activity of the business, but let’s get real. We had a presidential nominee with more technical expertise than any other candidate in the history of the country, and she did not win.

If you decide to model Trump, stop combing through your morals, beliefs, and worldviews to formulate an ideology. Don’t waste your time building expertise to become an individual of substance. To be a leader in the vein of our new President, all you need is a brand… and that brand is winning. Display an air of self-assurance. Commit to a sentiment, not any one belief. Then deliver it in one-word declarations.

In the end, I’m still betting on competence. And though I am interested in how emulating Trump’s leadership style pans out for you, you may first want to wait and see how it works for the United States.

Add a comment Cancel reply
Recent Posts
Categories
Veep’s Selina Meyer on Attaining Dominant Prestige
Have you ever asked yourself why you want to be a leader?
0 4 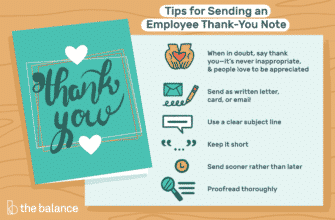 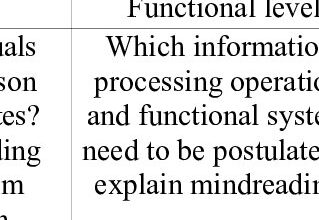 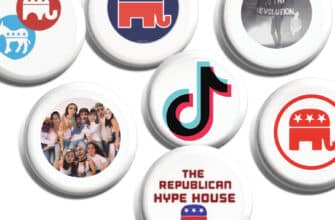 Post Election Lesson: Can You Really Change Someone’s Mind?
Now that the election is over, we can take a deep breathe
0 9
You may also like

Elton John and Post-Traumatic Growth: Four Ways to Thrive When Faced with Adversity
Recently, I’ve been thinking about trauma.
031

Four Ways to Embrace Authentic Leadership: A Lesson from “The West Wing”
I’ve always been a fan of the show, The West Wing.
029
Four Reasons Why Leaders Ignore Unethical Behaviors
Do ethics matter? This may seem like an obvious question
048