The Business Case for Workplace Friendship: 8 Reasons You Need It and 1 Way to Build Them Fast

In all the talk and research centered around company culture, one aspect is often ignored: The power of friends at work. I was thinking about this last week when I saw a preview for the new CHiPs movie.

If you’re unfamiliar with CHiPs, the source material for the movie was a delightfully cheesy 1970s-80s series about the California Highway Patrol. In one respect, it was about motorcycle police officers who solved crimes and cleaned up California. However, it was also a story about the brotherly love between two partners—Jon Baker (Larry Wilcox) and Frank “Ponch” Poncherello (Erik Estrada). Dax Shepard, who plays Jon Baker in the movie, echoed this in a recent interview:

I believe if you actually tried to isolate what was so appealing about the show, especially on a global level, it was two buddies.

As Jon and Ponch can attest (their record of arrests speaks for itself), there are many benefits to maintaining workplace friendships. Besides the opportunity to spend fifty-ish hours a week with people you actually like, research has proven time and again that strong social connections have both personal and business advantages.

A study in the Journal of Social and Personal Relationships found that quality (not quantity) friendships lead to significantly greater job satisfaction.

Research in Personnel Psychology found that employees with more “multiplex relationships” – colleagues you work with who are also your friends outside of work – have significantly better job performance. These bonds were associated with experiencing more positive work-related emotions, like feeling excited, proud, and trusting.

The Study of Adult Development at the Harvard Medical School, which is the longest-running study of human happiness, has consistently concluded that positive relationships result in happier, healthier, and more meaningful lives.

Gallup found that close work friendships boost employee satisfaction by 50% and people with a best friend at work are seven times more likely to be fully engaged in their work.

In Matthew Lieberman’s book Social: Why Our Brains Are Wired to Connect, he discovered that with an economist’s mindset where you put a price tag on relationships, a friend you see on most days is like earning an additional $100,000 each year. That’s quite a value from a social connection.

Innovation psychologist Amantha Imber says, “Having a friend at work, or more broadly people that you trust and people that you feel will support you, is really important for boosting confidence and when you’re confident that can lead to all sorts of positive work outcomes.”

And executive coach and organizational psychologist Michelle Pizer states that having a genuine friend in the workplace “makes us feel safer to take risks” because we know someone has our back.

Once we understand that workplace friendships are more than simply a fun way to pass the day, the real question is how to build them. Some may say it takes months or even years, but who has that much time? We need friends and we need them now. Arthur Aron may have the answer.

Aron, a social psychologist at Stony Brook University, has been studying ways to induce meaningful connections for nearly 50 years. Through his research, he uncovered how to foster closeness and break down emotional and social barriers in less than 45 minutes…and it’s easier than you may think.

In one experiment, participants were split into two groups and then partnered up. In the first group, the partners asked each other casual, impersonal questions. The second group wasn’t allowed to engage in any conversation suggestive of small talk. Instead, they asked questions like, “Given the choice to invite anyone in the world, whom would you want as a dinner guest?”

As you may have guessed, participants who asked deep, evocative questions felt significantly closer to one another than those engaged in small talk. People in the second group also reported greater interest in collaborating with their partner on future projects. In addition, when these results were replicated in another study, they found that a key factor in determining whether mere workplace acquaintances would transcend into actual friends involved self-disclosure around non-workplace topics and the more they shared, the closer they became.

Workplaces that convert their employees’ untenable ties into the durable bonds shared by fast friends will have cultures and communities that are alive and generative—in one word, thriving. As denizens of these communities, we will be doing something even more powerful than bringing our lives and souls with us to work: We will be sharing them with friends.—Jessica Amortegui

Who’s your Ponch? Who is your friend at work? This is not a trick question; it’s a challenge. Whether you’re in the elevator or grabbing coffee in the break room, quit your small talk. Ask real questions and disclose real information. This may feel unnatural at first, but if Arthur Aron’s research is correct, you could form the beginnings of a new friendship by mid-week. Who knows, maybe you two can go see CHiPs together in the theater.

Add a comment Cancel reply
Recent Posts
Categories
Exercise is No Hobby, It’s Your Last Competitive Advantage
If I could give you a magic pill to make you more intelligent
0
Have You Considered a GPS Style of Leadership?
The following is from guest writer, Ed Russo.
0 5 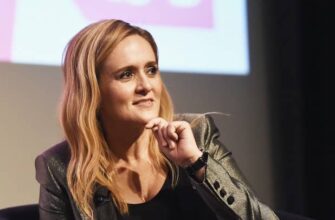 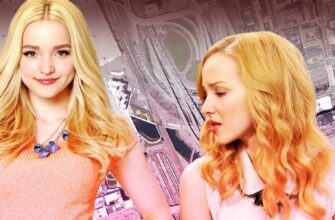 Liv & Maddie on Storytelling
During breakfast this morning, my daughters were reciting
0 5

How to Boost Your Performance through Rituals with James Lipton
How do you prepare yourself for a new activity? I didn’
0 5
You may also like